Boyer Chevrolet Buick GMC was privileged to participate in a Parade celebrating the 40th anniversary of the visit of the 8th HMS Ajax to the Town. Our own Jim VanDusen was fortunate enough to drive the Grand Marshalls, Jacob Lopez and Santiago Lopez, in a brand new convertible Chevy Corvette. 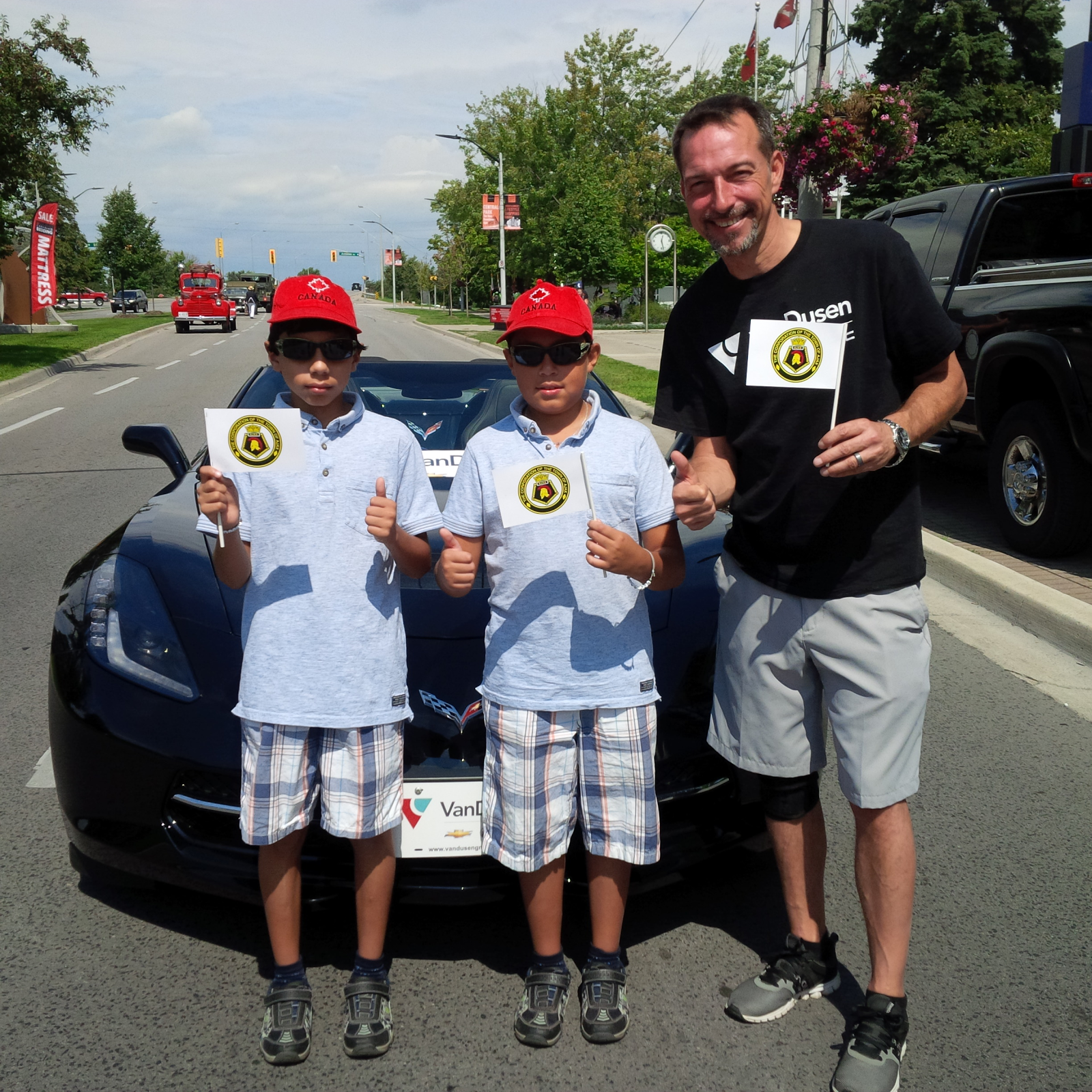 On the weekend of August 26-28, the Town of Ajax commemorated the anniversary of the initial 8th HMS Ajax visit to our Town. It was a big deal 40 years ago, and it remains so today. After all, the town is named after the HMS Ajax, a Royal Navy cruiser that served in World War II. The weekend began on Friday with a Memorial Wall Dedication at Veterans’ Point Garden at the foot of Harwood Avenue South. The Memorial Wall features over 4,500 names of veterans who served on the HMS Ajax, HMS Achilles, HMS Exeter and the 8th HMS Ajax. This historic event was marked by a fly over by a C-130 Hercules of the Canadian Air Division. On Saturday, there was a Street Dedication Ceremony honouring the naming of Hunter Drive after Stewart Hunter who served on the HMS Ajax from 1938 to 1943. The Town of Ajax has had a long-time policy of naming streets after veterans of the HMS Ajax. 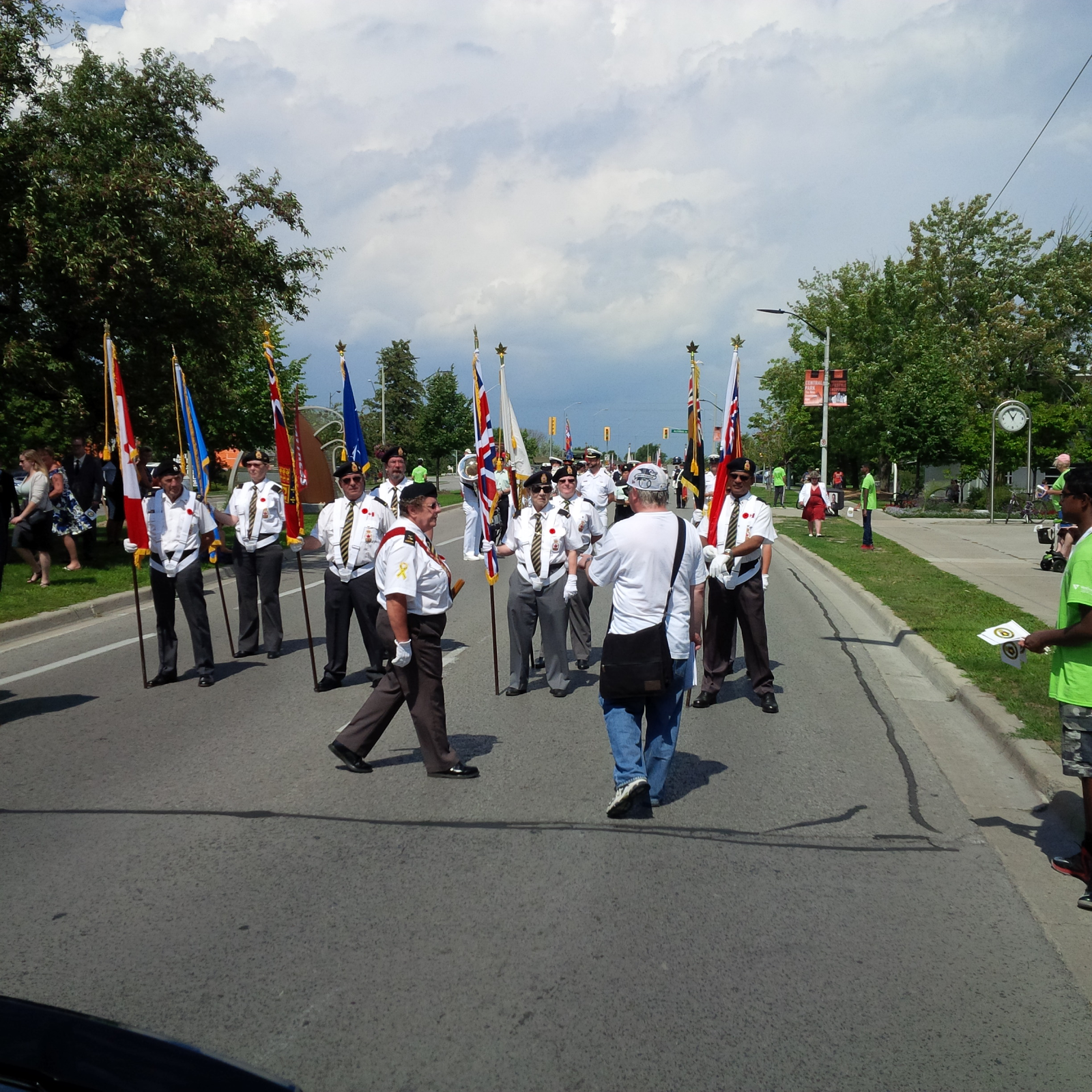 Sunday was very hot, ‎but it was a very inspiring day. Thank goodness it began with an Ice Cream Social at Town Hall. This was followed by a Special Parade with original crew members including military vehicles, pipe bands, and colour guards. The streets were lined with people waving souvenir flags and cheering on the marching bands. The Town had held a special art contest for kids, and the winners, Jacob and Santiago Lopez were the honourary Grand Marshals for the parade. Plus they got to ride in a cool Corvette!
.

It was a pleasure to contribute the Grand Marshall Car and driver.

Thank you to all our Veterans and Our Town of Ajax!